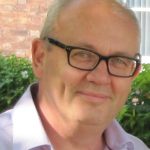 He has conducted consulting assignments in all aspects of software testing and quality assurance, specialising in test assurance. He has presented keynote talks and tutorials at testing conferences across Europe, the USA, Australia, South Africa and occasionally won awards for them.

Educated at the universities of Oxford and Imperial College London, he is a Principal of Gerrard Consulting Limited, the host of the UK Test Management Forum and a business coach for Enterprising Macclesfield. He was the Programme Chair for the 2014 EuroSTAR conference in Dublin and for the 2017 ExpoQA conference in Madrid.

In 2010 he won the EuroSTAR Testing Excellence Award and in 2013 he won the inaugural TESTA Lifetime Achievement Award.
He’s been programming since the mid-1970s and loves using the Python programming language.